Find out about our latest promotions and news through our free e-mail newsletter. 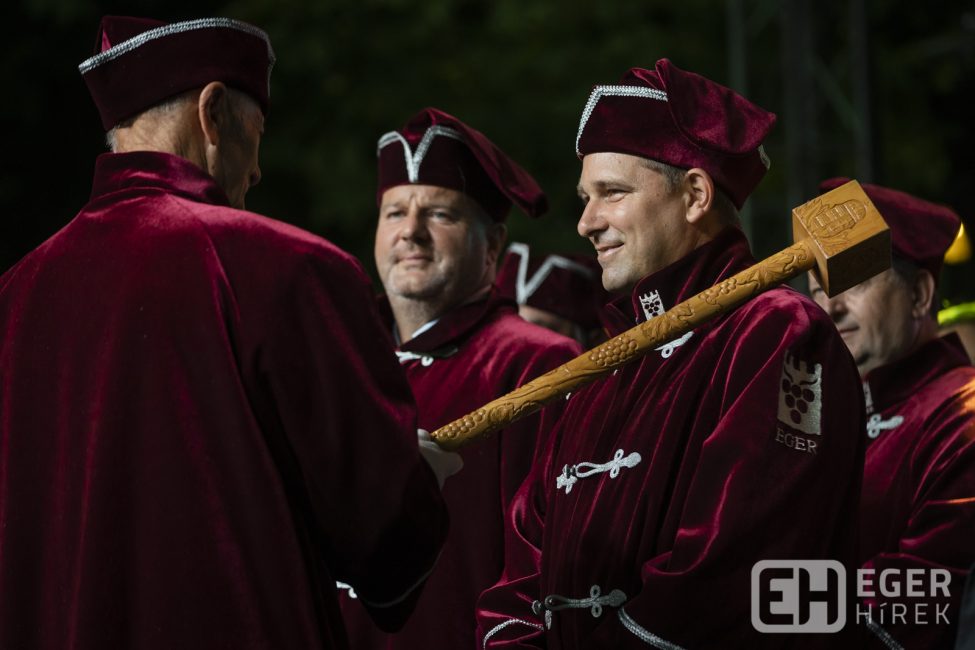 The Egri Bikavér Ünnep is a traditional regional festival for our famous red wine, the Bull’s blood. This year, it was really special for us, not only because we celebrate it as the last summer-related festival, but we drink one of our best-quality wines with others.

But in 2021, in the XXV. Egri Bikavér Ünnep will always be one of the kindest to our heart, because our highly mentioned chief winemaker, József Lamport became a member of the Egri Bikavér Borlovagrend ( Bull’sblood Wineknighthood of Eger).

This tradition has been here in our city for many years. Eger’s group has been legatine of European Wineknighthood’s, but in 2014 they became an independent company. Our winery’s founder, Vilmos Thummerer gave a short interview in 2015, as the president of the knighthood, where he mentioned his thoughts and plans for this organization.

To became a member of the Wineknighthood, the nominees had to answer a professional question wright. After proving their knowledge, Ferenc Tóth, the current president dubbed the three new, and one honorary member and they put down the oath altogether. Congratulations to András Balázs, Roland Darvas, József Lamport, and to the honorary member, Sándor Viniczai specialist journalist, from all our heart! The photos were taken by Róbert Nemes.

We mentioned József Lamport many times throughout the years because his name is intertwined with our success. He’s been working with us since 2004, but his passion for winemaking was with him since his childhood. He followed his mother’s footsteps, his whole life has been around wines, vineyards, and grapes. He was also one of the main characters in the planning and making process of Eger’s other famous wine, –  the white pair of the Bikavér (Bull’sblood) – the Egri Csillag, since the very beginning. Thanks to his expertise and his commitment to our winery, we became well known not only in Hungary but in international fields too.

Consumption of alcohol is prohibited under the age of 18 in Hungary.